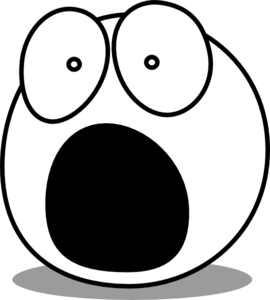 Hey, happy June! Thanks for stopping by.

There’s a local dark fiction-focused public reading that happens every couple of months, at Koto Japanese bar and grill in Salem MA. It’s called Wyrd, and I tend to go sit in the audience even if I’m not going to read; it’s good to get out and see some of my peers once in a while.

At about 11:30 pm a couple of Tuesdays ago, my Facebook Messenger dinged. Loudly. I was practically lying on the phone, so it actually scared the shit out of me. It was Curtis, the man behind the Wyrd, saying he’d had a cancellation about a day and a half before the event, and asking if I could fill in.

Could I? Sure! I broke out my stopwatch and got together a reading that would fit the slot, went to Wyrd and had a great time. I even sold a few books! So that was surprise number one; a good surprise: I got to go hang with some of my writerly peeps, and we all had a good time.

Moving on. The Storyside (a writers’ collaborative I’ve worked with for three years now) had an appearance scheduled for this past Saturday: we were slated to give a panel discussion to a bunch of library patrons about being in a writers’ collaborative, and what we were doing to try to make a success of it. It was even going to be taped for local television! The appearance had been scheduled for about a year and a half, which was plenty of notice to prepare, but here’s the thing: I work for the postal service, and over the years they’ve gotten a little wyrd . . . excuse me, weird about giving time off. Though the event had been scheduled for eighteen months, I could only put in for the day off forty-five days in advance, and even then there was no way to force some hustle on the answer. Sadly, I’d told the rest of The Storyside to simply assume I wouldn’t be there and plan accordingly—which they did. I acted brave when they could see me, saved my sad face when they couldn’t, and planned to just watch the thing when it hit the local network.

Then, one week before the event, my slip came back approved. I could go! So I did, and that was surprise number two: I got to hang with some of my writerly peeps, and we all had a good time. On television. Manly squee (Is there such a thing? Is there really?)!

Moving on. Again. As I believe I’ve mentioned before, I write a monthly column over at Cinema Knife Fight, called Monster Movie Madness. Just last night I sent in my column for Tuesday. Sadly, it was the last one I had. I try to have one or two in the works at all times—maybe not finished, but with the bulk of the work done, so that if I forget and am in the middle of something big the next time a column is due, I’m not caught completely flat-footed.

Knowing my little buffer bank was empty, I sat down while I was over at my son’s house last night to watch a movie to review, making notes as the plot progressed. I’m not going to tell you what film it was (you’ll have to read my column to find out! Muhahahahahaaa . . . ), but quite a few of my notes concerned the way the film was shot: the whole thing was very dark and shadowy—it was a ghost story, I’ll tell you that much—and they seemed to be trying to set a spooky tone. But for Christ’s sake, this was a film I’d heard some good things about, and there were scenes that were so dark I couldn’t see what was going on. I rewatched several scenes, sometimes multiple times, just to try to figure out what the hell was happening. It was a ninety-minute movie I’d been watching for almost two hours, and I still had about a half hour to go when it was time to give my son’s girlfriend a ride home and head for home myself.

I dashed to my room when I got home, notes in hand, determined to power through that last 30 minutes in 30 minutes, and get this damned nightmare of wondering what the hell is going on? over with. I’d even stopped the film in the middle of one of those dark scenes, where I couldn’t see anyone’s faces, and sure it was spooky, but it was also annoying as hell. I powered up the TV, logged into NetFlix, scrolled to the correct film, clicked Resume, watched as that annoyingly black scene began rolling across the screen and . . . could see the whole scene, clear as day.

I rewound a bit, hit Play. There was the same conversation I’d been listening to before I’d had to stop, but rather than squinting at the screen and cursing, I could now see everything quite well. I backed up to another one of those dark scenes, then another, and could see everything quite well: backgrounds I hadn’t known were there, on-screen actions I’d not seen before—it looks like a completely different film. A well shot, well-lighted film.

It occurred to me, as I was throwing the angry I can’t see a #@$%ing thing! notes away, that the last one to use the television over at my son’s house was my son. Might he not have fiddled with the brightness for some reason? It wouldn’t even have to be a good reason; he’s fourteen, and if I ask him why, he’ll most likely shrug and say I dunno.

So there, I’ve had my three surprises. Two were good, but the third was not. The third actually kind of sucked. A lot. Can I be done now, Universe? Can I go back to the whole daily grind thing?

Talk to you later!