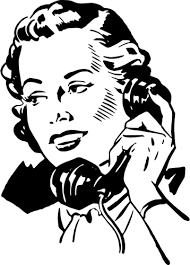 It all started with a raffle.

The raffle was a part of the Haverhill Holiday Bookfear, a dark/horror oriented book fair put on at the Haverhill Public Library last December. As a last-minute prize (there were lots of prizes in this raffle) they added the authors themselves: fill out one of your tickets, drop it in the bucket at any of the participating authors’ tables, and you’d have a chance to be written into one of that author’s stories. I was one of the participating authors, and I had three winners.

To be fair, I only had three entrants, so it wasn’t like I had to paw through a goldfish bowl filled with tickets trying to come up with a winner or anything. Three people, three stories; over the course of a year, no problem, right?

See, I’m still new enough to all this that I actually thought that was true.

I wrote the first story, and had quite a bit of fun with it. I actually knew the person I was writing about, and that did add some enjoyment to the experience. The second name I’d pulled out of my bucket, though, was new to me: for the purposes of maintaining her privacy, I’ll call her Frankie Blithersbottom. When I’d come up with what I thought was a good story idea—something where nothing terribly graphic or gruesome would actually happen to Frankie, I gave her a call.

“Hello!” I said. “This is a message for Frankie Blithersbottom. My name is Rob Smales, and I’m calling about a raffle you entered back in December at the Bookfear. I was one of the authors, and you put your name in my bucket, and you won. I know it was a few months ago, so you may have forgotten, but I’m supposed to write you into a story! Now, I can either just use your name or I can try to write the character as you. I only have your name and number, though, so if you’d like to go with that second option I’m going to have to talk to you and ask you a few questions—kind of get to know you. I’d love it if you could give me a call back so we can decide which way you’d like to go with this.”

The call back came while I was driving home that night, of course, and I missed it. I got in the house, got comfortable, and checked my own voicemail.

“Hello, this is Florentine Blithersbottom (also not her real name, thank God). I’m calling regarding a message you left for Frankie.”

A little baffled as to why Florentine would be calling back for Frankie’s message, I called right back.

“This is Florentine. Can I ask what this is regarding?”

Was Frankie ducking me? Avoiding my calls for some reason? Maybe she’d had second thoughts and didn’t want to be in a story anymore. Or maybe . . . maybe she’d had some kind of accident. Maybe she was laid up in bed, or in traction, and couldn’t get to the phone. Coma? Or maybe—Christ, maybe she was dead, and here I was, bothering the grieving family!

Look, I write horror for a reason; my mind doesn’t always leap toward the happy possibilities.

I went through the pitch again—pretty much regurgitated my earlier voicemail message. Unlike when I’d left that message, however, I paused every once in a while to allow Flo a chance to offer up some sound of her own. An okay, or an uh-huh, maybe an m-hmm. Hell, even a clearing of the throat. But Flo remained silent until I’d wound down, and I managed to stop before I started babbling; the whole thing was making me nervous.

We were both silent a moment, then Flo said, “Okay,” but I could tell by the way she said it she didn’t mean all right: it was a placeholder sound while she thought. After another beat of silence—an uncomfortable one, at least on my end—she finally added, “Would you like to talk to Frankie?”

“Uh,” I said, thinking Why else would I call? “Yes. Sure. That would be great, thank you.”

There were muffled handing-off-the-phone sounds, and then a small, very not-yet-adult voice said, “Hello?”

Sitting alone in my room, phone pressed to my ear, I facepalmed.

“Uh, hi Frankie, my name’s Rob.” I went through a truncated version of the pitch—truncated because she knew exactly what I was talking about and seemed rather excited by the idea. The more I heard her speak, the harder I pressed my face into that palm. “So,” I said, when she said she was in. “I’m, uh, going to have to ask you some questions, okay?”

“All right, first question . . . how old are you?” Please, I prayed, just be one of those twenty-somethings with a babydoll voice!

All that crap I thought of—how could I not think of this? I wondered. Was it any surprise Florentine—make that Mom—had sounded a little unhappy? She’d had a man in his late forties calling out of the blue and leaving a message for her fourteen-year-old daughter, saying he’d like to talk to her on the phone and get to know her better!

I twitched the curtain aside, half-afraid I’d find Chris Hansen already coming up my walkway with a police-issue doorknocker and film crew; I breathed a sigh of relief when I saw the night’s shadows unbroken by camera lights and battering rams.

“Okay,” I said, rubbing my forehead. “Next question: can I talk to your mom?”

Everything was sorted out, especially when I had the brains to make Frankie’s parents part of the project, but for a while there . . . yeesh!

Talk to you later.