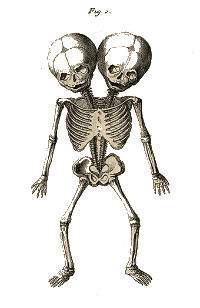 \kə-ˈla-bə-ˌrāt\
intransitive verb
: to work with another person or group in order to achieve or do something
: to give help to an enemy who has invaded your country during a war

This is very important, and the main thrust of today’s post: one of those definitions above is a good thing when writing; the other is not.

There are many good writing teams out there, and we enjoy their work so much. The question is: how do they do it? My answer: beats the shit out of me. You want their secrets, go check out their blogs; I can only tell you what’s worked for us, and take a stab at explaining part of their success—and please keep in mind this is what’s worked for us so far. This blog is called Writer in Progress, not Guy Crouching Beside His Best-Seller, Shouting “It’s Alive!”as It Lies Hand-Twitching Upon the Slab. What we’ve got so far has a good beat and we can dance to it, so we’ve jumped on the floor and started to boogie. Stick with me here long enough and you’ll either see us holding up the dance trophy as the end credits roll, or watch as we slip on the freshly waxed floor and fall on our asses. But I really have my fingers crossed for that trophy.

Full disclosure time: what I’m writing about today is not my first attempt at a collaboration. I tried one a few years ago, when I was a much newer writer than I am today. I liked my experimental partner’s writing, and she liked mine. But she came to the project with a particular story in mind, and so did I . . . just not the same story. We were each in the process of convincing the other that our story was the one to write—which was not a lot of fun, by the way—when we each had other things come up, each developed other things to write, and the head-to-head collaboration fell by the wayside. Rather than working together, we’d each tried, in some fashion, to sublimate the other to our will and make our ideas dominant, intending to simply allow the other to help . . . which sounds a lot like that second definition above.

Not a success story.

Fast forward to last year. In our writing group, The Storyside, the concept of collaborations was thrown around one day, kind of like a beach ball rolling atop a concert audience: everybody touches it, but no one really keeps it. Then it was mentioned at the next meeting. And the next. And eventually, because we were tired of the beachball rolling into our heads and blocking our view (we’re the somewhat cranky old people at the concert), Stacey and I had a brief side conversation, consisting, basically, of We already work pretty well together, we could give it a shot. So we took the ball and went to our respective homes . . . where we then sat and wondered what the hell we’d just done.

A quick word about us already working well together: we’re an editing team and, I think, a good one. For both The Storyside and our clients over at S&L Editing, we try very hard to maintain cohesion: you get two editors’ opinions, but it’s just one edit rather than two competing edits running side-by-side. We don’t always agree on everything, and when we don’t then the client is told what we differ on and why; in other words, we’ve already discussed it.

Back to me and Stacey. I had an idea on a back burner somewhere—I have a ton of back burnered ideas—that had a pair of teen girls as protagonists. Now, I have never been a teen girl, but Stacey has, and she writes them well (he said from his 48-year-old male perspective). It seemed like a cool idea, something that would be fun to write, but I did have that failed collaboration attempt in mind. I tentatively pitched the idea to her, trying hard not to sound like I was saying, This is what we’re writing.

“That sounds like fun,” she said. “Do you have an outline?”

I did not. I’d tried working from an outline once or twice, but I’m a bit of a pantser (meaning I tend to make it up as I go along) and I found them impossible to strictly adhere to. I wrote one up anyway and shot it her way. I was a little nervous sending it, as the two of us seem to be a small study in contrasts: she reads lots of true crime, I have shelves of fantasy and science fiction; when she types it sounds like a teletype machine set to ludicrous speed, while I hunt and peck a bit like a narcoleptic one-legged chicken; when she writes she’s sharp and to the point, skipping unnecessary descriptions for brevity, while I tend to meander a bit, getting to the point eventually and having a fine time on the way. I don’t use outlines, so I assumed she would be all for them as a logical tool to get the job done. My outline, I was convinced, would suck.

“Wow, this is detailed,” she said, and my heart grew and cringed at the same time. Then, as tentatively as I’d pitched the idea, she asked, “Do you want to stick right to this? Because I’m kind of a pantser, and I figure I’m going to have ideas of my own to add, and we’re really going to have to work together to pull this off, and . . .”

I’m sure there was more, but I was busy melting.