Our Collaboration--Part 3: Is It A Book? 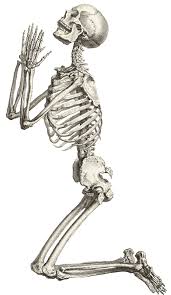 I've been blogging lately about the experience I had writing a collaboration with my writing partner, Stacey Longo. Coincidentally, she has, too. If you've just stumbled across this post and not read the ones that came before it―or even just skipped one in the series―this will all make a lot more sense if you go back and read what you've missed before trying to make sense of what I'm sharing today. The best thing would be to read them in their order of appearance:

Yup, it seems we even collaborate when writing about collaborating. All caught up? Good! On with the show.

So Stacey and I had this thing.

I shipped the file to the printer and let it run awhile―and it ran for a while. And when it was all done I took the whole manuscript over to my comb-binder, punched the holes, slipped the sheets into the open comb, took it out of the machine, and hefted it.

I dropped it on my desk from about a foot up, grinning at the healthy thunk.

Christ, it even sounded like a book. But was it a book? Or was it, as I've had happen in the past, merely an attempt at a book?

I was about to find out. I sat down to read the manuscript all the way through for the first time, settling in for the long haul.

Now, what usually happens when I try to read anything of mine, especially first draft, is I read it in fits and starts, stopping along the way to repair fractured grammar, fix typos, and rewriting bad story elements on the fly, sometimes adding or deleting whole pages of text. It makes for a very slow read-through, and effectively keeps me from looking at the work as a whole, as, well, a story. But that's when I'm reading my work on my laptop, Chromebook, or tablet―hell, even my phone―and we'd kind of edited this thing as we wrote it, passing it back and forth, each of us reviewing the chapter we'd just been handed before trying to write our own to follow. I think I mentioned last month that we'd even gone back and added a needed chapter close to the beginning before we'd even finished the first draft. I'd printed out a hard copy specifically so I couldn't do any rewriting on the fly. Oh, sure, I had the manuscript in one hand and a red pen in the other, line editing as I went because I just can't help it anymore, but I was going to look at this as a whole story; as a book. And you know what? It was―

I'm going to break away for a moment to let you in on a little secret: at a certain point―usually while I'm still writing the latter half of whatever the current project is―I don't like a lot of what I write. It always seems fantastic when I start, but sometime while I'm finishing it up or reading the first draft, it all goes retroactively bad on me: characters seem flat, dialogue sounds stilted, and whatever twists or turns I've tried to instill into the plot suddenly read as so obvious it's like I'm trying to insult the reader. I have a bunch of stories banked I should be submitting—getting them out there making the rounds looking for homes—but I'm kind of . . . not. And, yeah, part of that not is that I don’t have a lot of time right now for my own stuff, but another part—probably the larger part—is that I’m pretty sure that somewhere in everything I’ve written, something somewhere sucks. I’ve been told it’s a self-confidence issue, and I understand that intellectually . . . but I still can’t help it.

So with all that in mind, I sat down with my red pen in hand, opened the manuscript, and started reading, looking for the suck.

And didn’t find it.

Stuff I’d written was supported by things Stacey had added in. Some of her work was supported by my crap. She’d taken ideas I’d slipped into the story and run with them, often in directions I’d never even considered, and I’m pretty sure I did the same with her. Between the two of us, nothing ever seemed flat, stilted, or obvious, and the whole thing was just . . . fun.

And as I was reading it faster and faster, that damned red pen lying forgotten on the desk, the little part of me that was still trying to analyze things realized just how much my this sucks attitude about my writing really is a lack of self-confidence, and that I was getting an added little surprise bonus out of this collaboration, because—and here I have to let you in on another little secret:

I really like Stacey’s writing, and have a huge amount of respect for her as both a writer and editor. As a writing/editing partner, she’s sometimes sent me pieces to look at with a little note attached, some variant of either Does this suck? or How can I make this not suck? I’ve yet to receive anything from her that actually sucked, and often I’m at a loss to even identify what she thinks the problem is. I have a tremendous confidence in her as a writer; what I didn’t count on was that offsetting the lack of it I have in myself. In a blog post a couple of months ago, Stacey listed five things to look at before embarking on a collaboration:

To this list, I’d like to add a sixth thing, of special importance if you (like me) are a bit lacking in the aplomb department: team up with someone you’re kind of a fan of—it makes the experience more enjoyable all the way through.

So, with all that in mind, is it really any surprise that I read to the end of the last page, all the way to the little ~fin~ I’d added down there as a reminder I could stop looking for the suck, dropped the manuscript on the desk so I could hear that hearty thunk again, and spoke aloud through a huge grin? 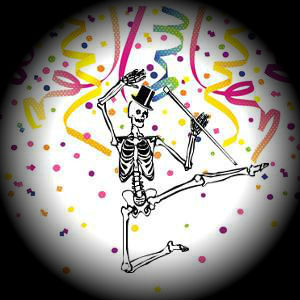