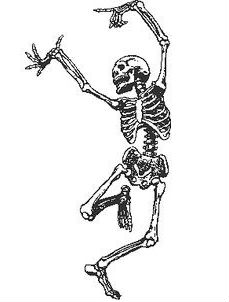 Okay, did you see up there where it said "Part 2"? You missed that? No worries. You can click here to go to "Our Collaboration—Part 1: Two Heads?"

Oh, you have read that already? Well, did you know there's kind of a part 1.5 over on a completely different blog? No? Well, you can see what Stacey herself—the other half of this collaboration I'm telling you about—by clicking right here and going to "Collaboration" over at All Things Stacey Longo. Right now, though, I'm going to tell you what happened when we got started.

We had our outline—and better, had agreed (quite strenuously on both sides) that it was really no more than a guideline; we had a starting point and a tentative ending, but were both completely free to veer wildly from the stated path while making the trip. But it had been my idea and I’d written the outline in question, a situation I think Stacey found somewhat daunting with regard to who was going to light the fuse on this bottle rocket. She stood back and let me write the opening chapter.

I thanked her for the chance to go first. I looked at that fairly detailed outline, thought of our vow to use the thing as a guideline at most, checked the outline again, reveled in being completely free to veer wildly from what was in the damn document, and then . . . wrote exactly the scene I’d had in my head when I’d written the outline. Oh, sure, there were little things I’d not thought of before, things informed by the characters as they developed and moved about the scene, but the scene itself was pretty much what the outline stated—excuse me, what the guideline suggested. I went over it a couple of times—the thought of sharing something first draft made me feel queasy (still does, really)—and sent it off to Stacey. I checked the out—guideline, tried to estimate what she’d cover in chapter two, and started thinking about the stuff I’d be putting into chapter three.

A week later an email from Stacey hit my inbox with the growing document attached. Excited, I cracked that sucker open, eager to see how she’d handled the next part of the outline. If she’d written through where I thought she would, I needed to see if what she’d put down would support my . . .

Hang about. What the hell was this?

She’d glossed right over some stuff that would have been gold, just gold, and written some of the scene I’d been preparing to do. And said scene wasn’t what I’d envisioned at all! There were a lot more characters, for one thing, and they weren’t at all like the characters I’d been going to . . . Hot Jugs? The mother’s nickname was Hot Jugs? But that’s . . . And the grandmother was a tippling wrestling fan? Hold on.

I kept reading, going faster and faster once I’d stopped my silent bitching. And I had stopped, interested in the interplay between these new people I was meeting for the first time—people I’d be getting to know very well, if this project moved forward. And I saw how it could move forward. The way the mother and father spoke, and the relationship between both of them and the grandmother, well, it wasn’t what I’d had in mind, but if I . . .

I sped through to the end, amused and entertained and slightly awed in turns. Then, just to make sure I hadn’t missed anything, I read it again.

The third time was just for fun.

And that was the last little bit of solo-writer reaction I had to anything Stacey did, the final but what’s she doing, this is mine! Editors—the good ones, anyway—never look at a manuscript with the idea that they would have done it differently. They might have, if they’d written it themselves, and it may have turned out better or worse than the story they’re currently editing, but that doesn’t matter. Ever hear the saying My sandbox, my rules? Editors are constantly working in someone else’s sandbox, so they have to cultivate the mindset How can we make this better, rather than How can I make this better. They have to fix things grammatically and make them fit whatever style guide they’re following, all while maintaining the author’s voice, characters’ voices, and story tone—and that, friends and neighbors, is pretty much impossible if all you’re thinking is me-me-me.

So, after that one hiccup, I stopped thinking about me-me-me, and started thinking about it-it-it. No, I’m not talking about the Stephen King tale of Pennywise’s playground, I mean the manuscript in progress itself. I wasn’t working on my book, we were working on the book—or, at most, our book. We started shooting the manuscript back and forth in earnest, and I started really enjoying the ride. And if any readers out there are thinking Hey, now we know you wrote the odd chapters and she wrote the even, good luck with that. It didn’t take long for us to get to the point where one might say, I know I’m supposed to be writing this chapter, but [blah-blah-blah] is happening, and I think you’d be better at that scene than me. Why don’t you take this one and I’ll take the next one? So we swippy-swapped, and skipped turns—even went back and inserted a chapter at one point, completely messing with the chapter numbers—and tried pretty hard to mesh everything together.

We even started playing kind of a game, showing just a little bit of one-upmanship. We each like to end our chapters with a little tug toward keeping the reader reading—maybe not a full-fledged cliffhanger, but a little something. Those little somethings grew, and grew, until it got to the point I’d read each new chapter sent my way, tearing through the new addition, only to find the chapter ended much like the Coyote wound up in those old Road Runner cartoons: ten feet away from the wrong edge of a cliff, hovering over a thousand-foot drop, with just enough time to hold up a Yipe! sign before the plummet began. Shit, I’d think. Where the hell do I go from here?

Then I’d find a place to go from there, working the chapter toward my own yipe! moment before sending it back. The yipes got bigger and bigger, until one day, shortly after I’d sent off my newest chapter, Stacey emailed me back: Shit! Where the hell do I go from here?

She figured it out. We always figured it out. And this was the most fun I’d had writing in a long time. And with all the back-and-forth, and all the one-upmanship, and there was never a feeling of God damn it, that bitch really screwed me this time. What there was was a whole lot of admiration, glee, and the feeling God damn, but this is all making a really great story! Because after that one hiccup it wasn’t about me.

It was about the story.

At the time of this writing, the first draft is complete, but I haven’t yet gone back and read the whole thing from start to finish. I’ve been looking forward to it—hankering might be the word here—but putting it off until I could sit down and read it through, without having to do it a chapter or two a day (I’d like a time machine for Christmas, if anybody out there is paying attention) to get the full effect.

That day is coming soon.